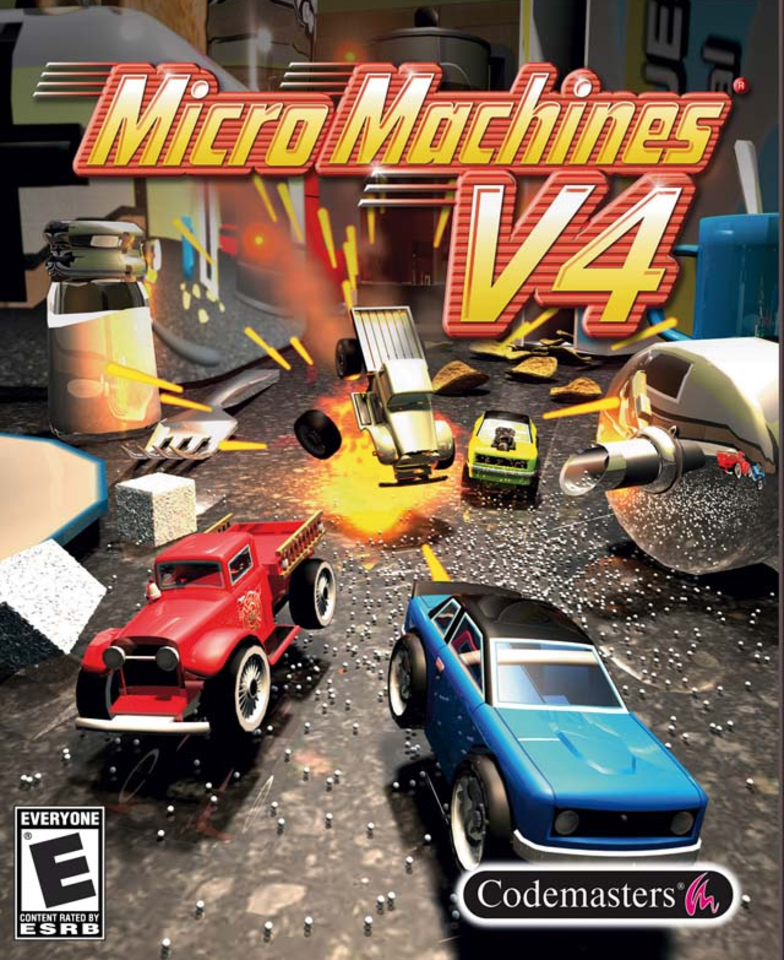 Micro Machines returns for a fourth iteration, this time at the hands of Supersonic Software.

These are My 3 Fave Levels in Micro Machines V4. Have Fun watching!

Micro Machines v4 features over 750 vehicles, a track editor and 25 tracks based on household settings: for example, kitchen tables and desktops. The tracks also contain obstacles in the form of household items; often the possibility of falling off the track is a hazard in itself.
Tracks also feature new settings such as a supermarket or swimming pool.