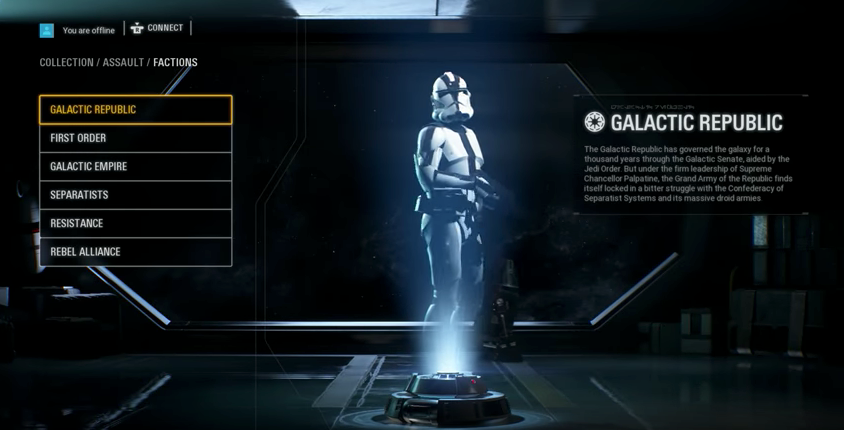 A leaked video shows and demonstrates a Change Appearance option not currently found in the game.

This isn’t really all that significant but I figured I’d post a video of it anyway. No new skins were added but plenty of the human heads are now restricted to certain classes now for some reason. The 41st skin is now fixed and all of the skins are EPIC. Obviously, they’re now locked. They also fixed the typo in Abednedo (they originally forgot the D) and added Imperial Officer heads (although it turns out they were actually already there, they just set them to “Hidden in UI” mode). The names for the Imperial Officer heads are incorrect.

Also, there’s no audio because I forgot to enable it. Whoops.

Thanks for watching! Star Wars HQ provides daily Star Wars videos and is family friendly. Have questions, or suggestions? Contact our business email on the about page on our YouTube channel.

About Star Wars HQ:
We are twin brothers that cover Star Wars Battlefront 2, Star Wars Episode 8: The Last Jedi, Star Wars Rebels, The Clone Wars and do videos on theories, what if, livestreams, news updates, and multiplayer gameplay on PS4 Pro, Xbox One X, and PC!

Make sure to check out my other videos

If you want to send me a letter or some cool stuff to unbox in a video you can send it to: