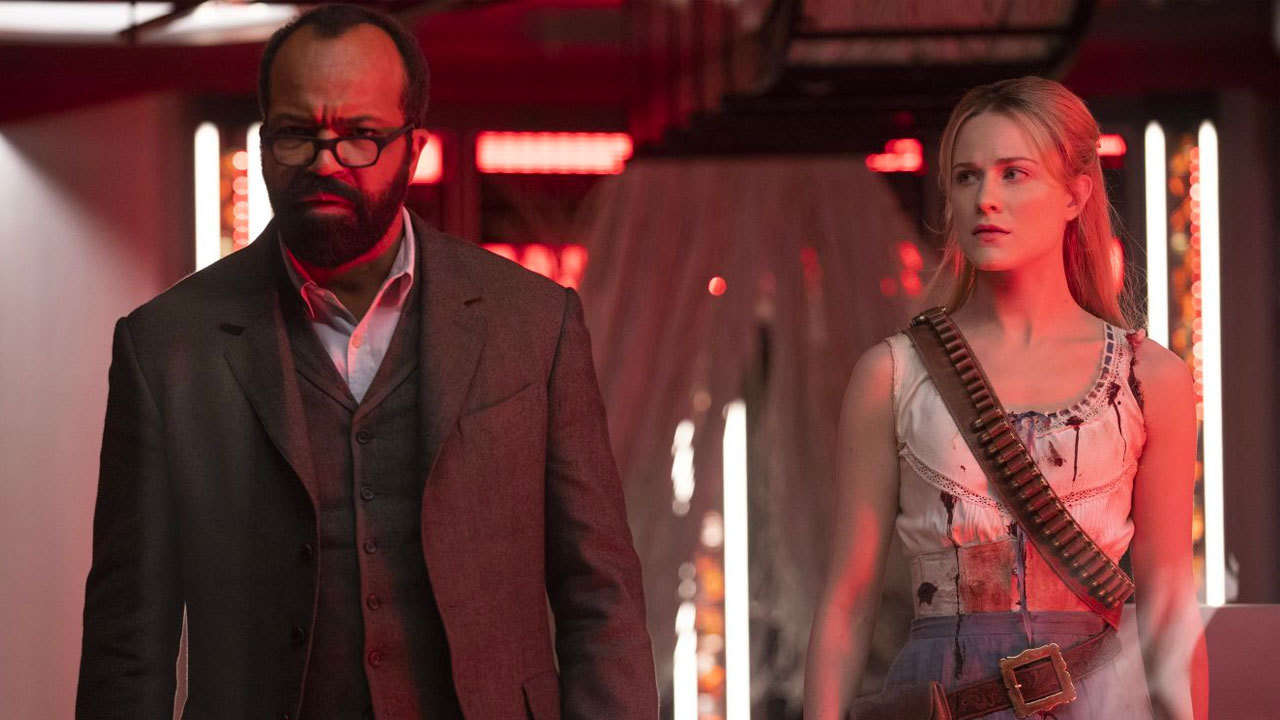 Season 3 of HBO’s sci-fi thriller Westworld returns next month, and the first poster is here.

In Deep Geek – Insight and intelligent discussion on Lord of the Rings, Game of Thrones, Westworld and more.

Thanks for watching! (All pictures are used under fair use copyright laws. If any credits are missing or incorrect, please PM me for a credit!)

With Westworld back for Season 3 fans are already working overtime in wondering what could be going on in this world full of splendor.

As with all new seasons in the series, the third entry has a brand new opening credits scene and it is possible that there are messages hidden within that could tease what exactly is going on.

Throughout this, we’re gonna be breaking down the introduction and discussing what it could be hinting at in the future.

We will be going over some of the plot points from the first episode so if you’re not fully up to date then I highly recommend that you turn off now.

With that out the way, I just wanna give a big thank you for clicking this. Now let’s get into our breakdown of Westworld’s opening credits.

Westworld Season 3 Opening Credits Breakdown
The third seasons has changed quite a bit from what we are used to in several ways. Dolores is now out in what could be the real world and the entire aesthetic of the show has completely changed.

The credits open much in the same way that all of the prior entries have with what appears to be a sun rising.

In the first season this was the sun rising over a human host, in the second it was the body of a buffalo host and in this third entry it is the body of an eagle host that appears throughout the opening.

In the first season the human host could have ended up in several, ahem positions. Two were seen getting it on and another ended up riding on a horse firing a gun, similar to how Dolores would in the second entry.

This showed the rising of the hosts in the park and how they would connect with one another and rebel against the park.

In season two the Buffalo ended up jumping over the edge of the science area in the park showcasing that the entire illusion was going to come crumbling down.

In the third opener, the bird flies towards a jet engine that then transforms into the sun and slowly the bird melts and begins to fall apart.

This is clearly a nod to Icarus, the ancient Greek story in which the aforementioned character flew too close to the sun in an attempt to escape Crete.

Icarus and his father created wings made of wax in order to escape the location but as we mentioned they got to close to the sun, the wax melted and they ended up falling to their death.

This could metaphorically show that the hosts are flying too close to the sun and are getting in a very dangerous position that will ultimately lead to their downfall. They have passed into a world that they simply aren’t equipped to deal with and are close to falling apart because of it.

Birds used to be the only thing that could fly on the planet, then man built the airplane and proved that human ingenuity could match mother nature. This bird being overtaken by the jet could show that humans can always develop something to take down or match the hosts should it come to it.

William had always been the nice guy who fought for what was right. But since he came into Westworld, something changed inside him…

The #CastAndCrew of #Westworld reveal and discuss the striking new locations that are the backdrop, and the inspiration, for #Season3.